Free trade is more accessible for conglomerates as compared to small business and local buyers. Despite the wave of populism and elitism, globalization encourages more cooperation than isolation. Hence, a certain level of economic relationship is to be maintained through alliances to preserve resources. Modern modes of communication allow access to more culture, information, and knowledge. Globalization does not allow countries to control the currencies of other local economies. Dani Rodrik of Harvard used Dollar and Kraay’s data to look at whether the single-best measure of openness — a country’s tariff levels — correlates with growth.

The latter, shifted at the click of a mouse, can stampede around the globe in herdlike movements, causing massive damage to fragile economies. Following speculators’ run on the Thai currency, the baht, the poverty rate in rural Thailand jumped 50 percent in just one year. In Indonesia, a mass withdrawal of short-term capital caused real wages in manufacturing to drop 44 percent. Many economists now see a need for some form of control over short-term capital flows, particularly if domestic financial institutions and banking standards are weak.

A report by the World Bank said that poverty in India and Indonesia was cut in half because of globalization. The report also said that people in poorer nations are living longer and better because they were making more money. Others, like Thomas Friedman, believe that globalization can bring people together and make everyone richer without getting rid of local cultures. People who support globalization also believe that it makes war less likely because it is bad for business. Francis Fukuyama also argued that globalization would eventually lead to a system of world governance which would cause wars to end.

Some problems, such as unemployment cannot be solved in a fair way unless globalization is abolished, while other globalisation problems, such as the exploitation of workers can be solved without interfering with social security or globalization. The possible solutions to stop unemployment are through protectionism, or the decreased taxes on capital, and, a possible solution would be to certify goods which are produced within the European standards, to stop the exploitation of the developing world’s workers. Many of Africa’s poorest countries suffer from a marked lack of infrastructure including poor roads, limited electricity, and minimal access to education and telephones. But while landline use has not changed appreciably during the past ten years, there’s been a fivefold increase in mobile phone access; more than a third of people in Sub-Saharan Africa have the ability to access a mobile phone . Even more can use a “village phone”—through a shared-phone program created by the Grameen Foundation.

Structural Adjustment Policies have been instrumental in requiring countries in the global South to eliminate social welfare spending. Since the early 1980s, the World Bank and International Monetary Fund have required debtor nations to adopt SAPs as a condition of borrowing money or improving conditions of existing loans. SAPs require debtor nations to restructure their economies along neoliberal lines, by, for example, removing government regulation, eliminating social welfare programs, and promoting market competition.

Furthermore, globalization leads to disappearing of many words and expressions from local language because many people use English and French words. In addition, great changes have taken place in the family life, young people trying to leave their families and live alone when they get 18 years old, and the extended family tends to become smaller than before . Economic globalization is how countries are coming together as one big global economy, making international trade easier.

As a reference for education in Indonesia, the 2013 curriculum emphasizes eighteen characteristics derived from native wisdom that must be incorporated into the teaching – learning activities. The present research aims to examine primary school teachers’ perspectives on incorporating a Balinese local value known as Tri Hita Karana into character education instruction. Simplistic antiglobalization slogans or sermons on the unqualified benefits of free trade do not serve the cause of alleviating world poverty. An appreciation of the complexity of the issues and an active interweaving of domestic and international policies would be decidedly more fruitful. Under the current international patent regime, global pharmaceutical companies do not have much incentive to do costly research on diseases such as malaria and tuberculosis that kill millions of people in poor countries every year. But research collaborations are emerging among donor agencies, the World Health Organization, groups such as Doctors Without Borders and private foundations such as the Bill & Melinda Gates Foundation.

Paul Krugman, who would win the Nobel prize in 2008 for his earlier work in trade theory and economic geography, privately warned Rodrik that his work would give “ammunition to the barbarians”. But the social cost, in Rodrik’s dissenting view, was high – and consistently underestimated by economists. He noted that since the 1970s, lower-skilled European and American workers had endured a major fall in the real value of their wages, which dropped by more than 20%. Workers were suffering more spells of unemployment, more volatility in the hours they were expected to work. Rodrik pointed to a series of dramatic recent events that challenged the idea that growing free trade would be peacefully accepted. In 1995, France had adopted a programme of fiscal austerity in order to prepare for entry into the eurozone; trade unions responded with the largest wave of strikes since 1968.

Opening markets without relieving these domestic constraints forces people to compete with one hand tied behind their back. Clamping down on global flows of private capital as part of the anti-globalization fervor is inefficient for the same reasons as clamping down on goods/services trade. The IMF has already recognized that some regulation is needed depending on the stage of capital market development and has moved a considerable distance in supporting capital controls of certain types and under certain conditions. But poorer countries are still largely left out of cross-border private investment flows, and even emerging markets receive relatively little green investment. Official capital to support private investments with positive externalities needs to be enlarged and better targeted. This means bigger international financial institutions , and more catalytic, efficient use of their capital. 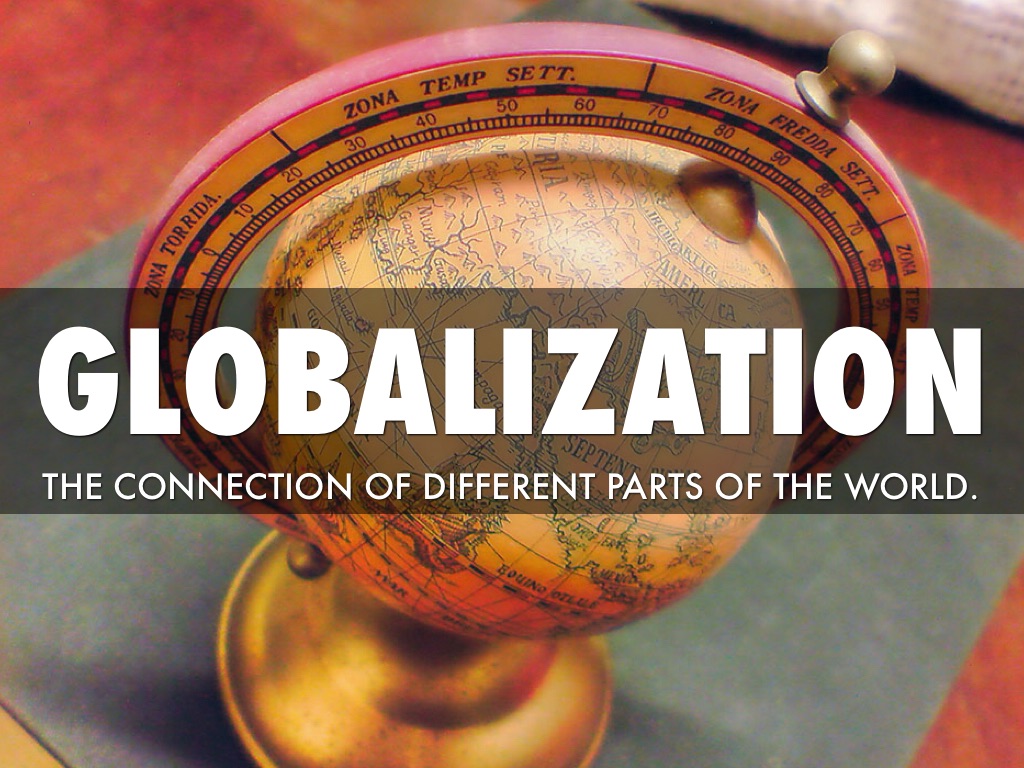 When they could no longer roll over their debts, Latin American economies crashed, and a decade of stagnation resulted. But to turn the farm families’ malnutrition into starvation makes no sense. Instead, it could be spending money to bring farmers irrigation, technical help and credit. A system in which the government purchased farmers’ corn at a guaranteed price — done away with in states like Puebla during the free-market reforms of the mid-1990’s — has now been replaced by direct payments to farmers. The program is focused on the poor, but the payments are symbolic — $36 an acre. In addition, rural credit has disappeared, as the government has effectively shut down the rural bank, which was badly run, and other banks won’t lend to small farmers.

Most agree that globalization rests upon, or simply is, the growth in international exchange of goods, services, and capital, and the increasing levels of integration that characterize economic activity. In this sense, globalization, is only another word for internationalization. Importantly, it is economic activity that is fuel and furnace of cross-border integration. Outsourcing by companies brings jobs and technology to developing countries, which help them to grow their economies. Trade initiatives increase cross-border trading by removing supply-side and trade-related constraints.

The problem with lowering taxes is that either tax needs to be increased in another area, such as income tax, or state services, such as schools and hospitals will be decreased in quality. Also as wages lower the economic welfare drops because, because the budget of the average person sinks and stops them from accessing goods and services which are too expensive for them. Thus, the free market is a constant vicissitude, meaning it always changes, therefore when the economy depresses the price of production decreases so much that western corporations cannot compensate and go in bankruptcy.

The 18 Best Island Beaches in the World

The 18 Best Island Beaches in the World

© Follow the travels, experiences and reviews from around the world of snapchatter, travel, video and food blogger Travel By Yourself. This blog also covers solo travel,